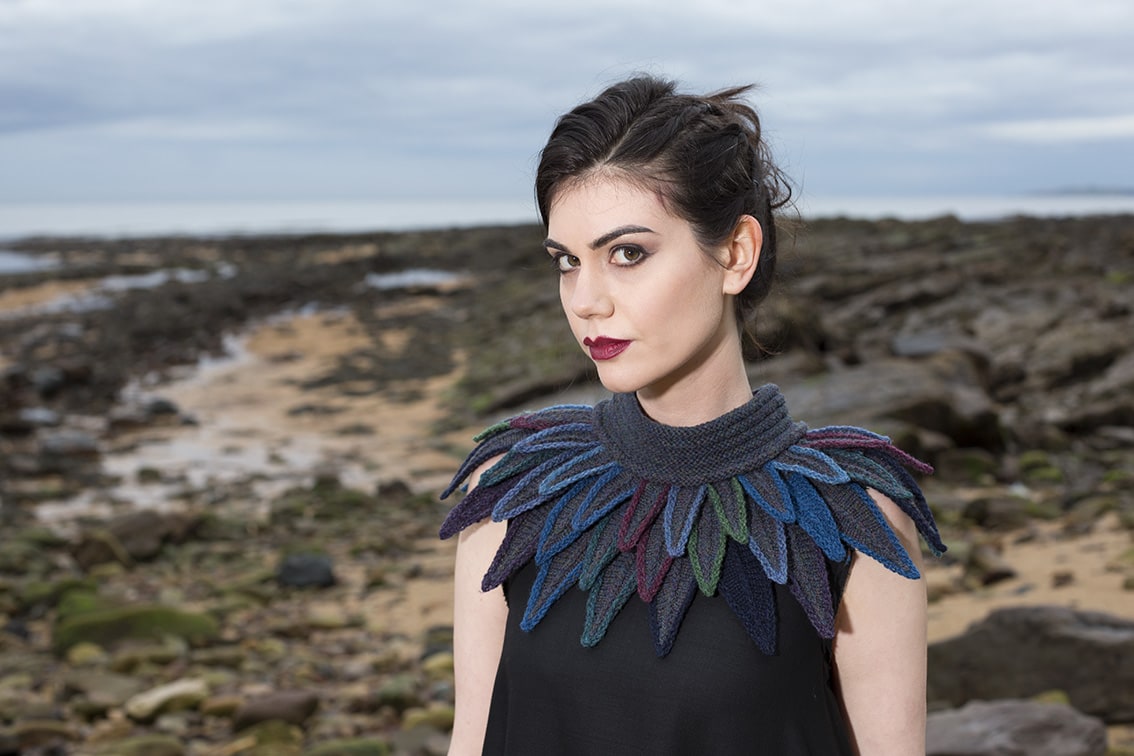 I made this collar exactly as I have given in the instructions in the book Glamourie for the Raven Poncho collar and neckband. The only instructional difference is that there is no joining round with the poncho body. Instead, the neckband is worked directly after the neckband edging is joined to the feathered collar. Click here to see the Glamourie book which contains the collar instructions.

I wanted the overall appearance to echo a raven’s iridescence – dark, but with flashes of blues, purples and greens. I didn’t want to be formal in the way I used the colours and so, having selected the contrast shades, I outlined each feather by casting on and working the first row or two in whatever contrast took my fancy at the time. For the most part, I worked the rest of each feather in Selkie 2 Ply and I used Selkie 3 Ply for the neckband. I also added an occasional feather worked entirely in Kelpie as a nod to the original costume. I used darker shades of contrast for the first layer and used lighter shades towards the top layer. When joining up each layer I mixed them around almost randomly, choosing not to put two feathers of the same colour next to each other. Browse our Hebridean 2 & 3 Ply ranges to choose your own colours. 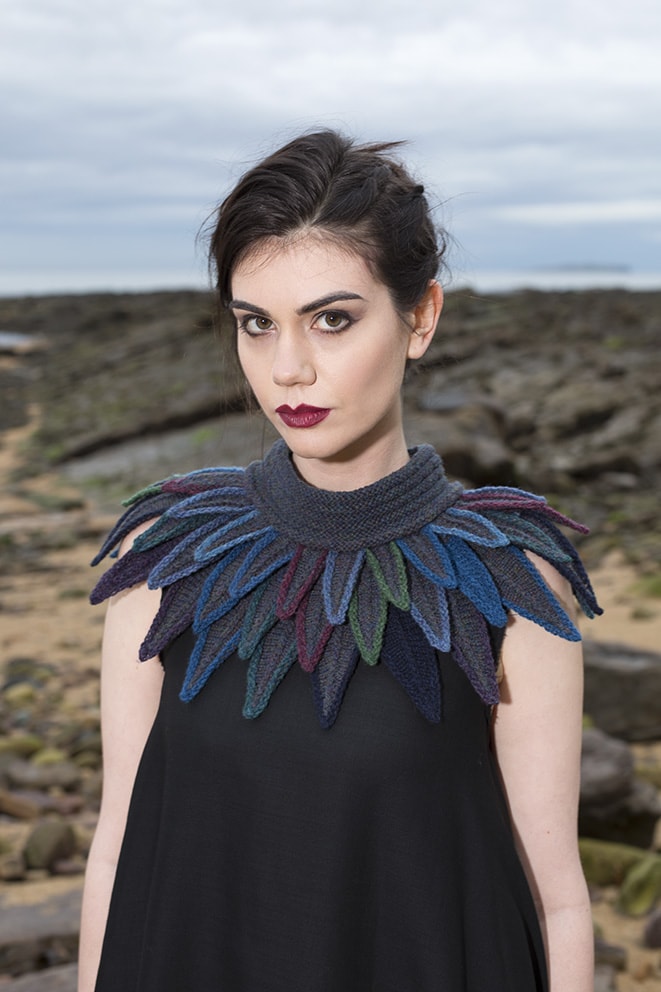 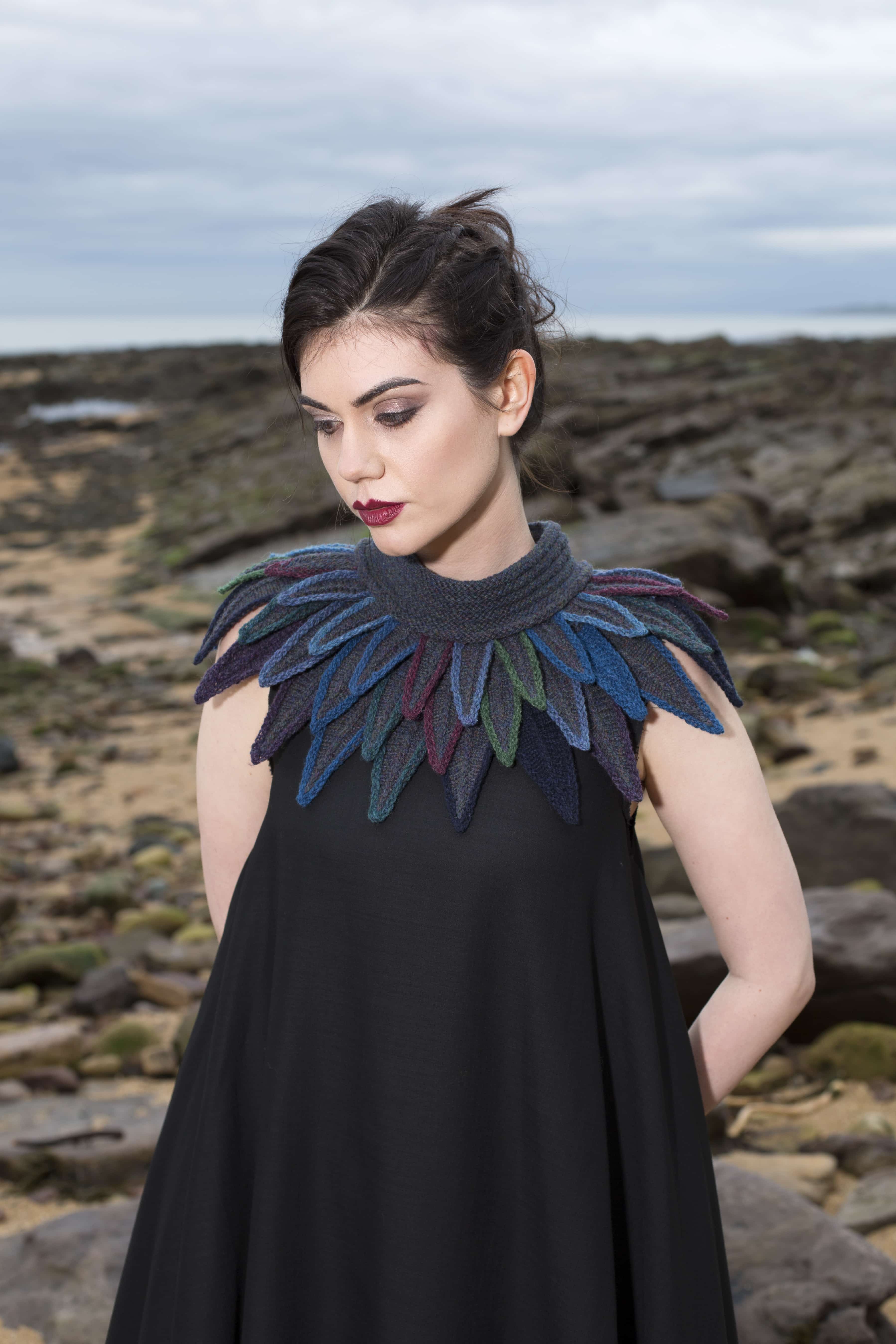 This is a very straightforward variation on the poncho collar so there is no need to work out any additional instructions. It makes a quietly dramatic statement, either worn with a dress for an evening out or to keep you cosy in the winter with a jacket or coat. Make it even more dramatic by adding a first layer of longer feathers as I did for the Red Raven Collar and by making the neckband higher by working more repeats of the ridged pattern. If you want to add more drama to the elegance of the poncho then you can work it with a collar just like this one. And of course, you can ring eternal changes by working it in any colour palette that suits you. 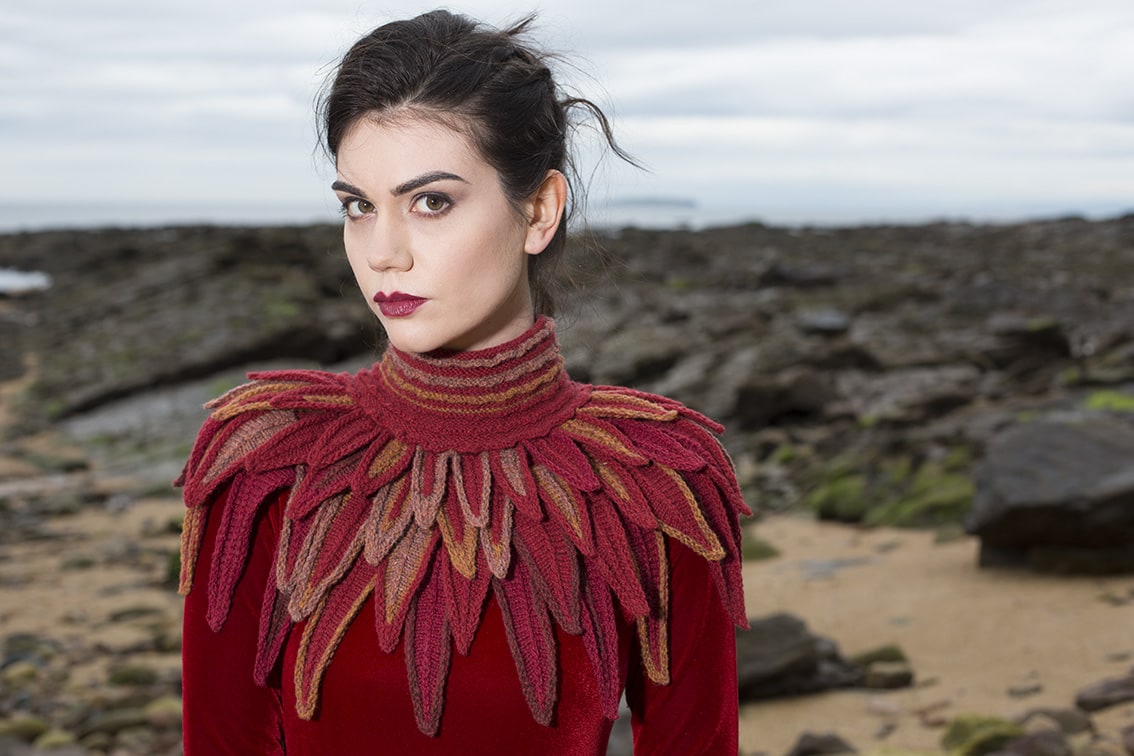 Fire was my theme so I chose Sea Anemone the main colour. Then I added warm shades of Sundew, Mountain Hare, and Red Deer to the palette. Other than having Sea Anemone dominate, I determined to use the colours in a truly random fashion, as if I were capturing the flickering of a flaming fire. This was an interesting exercise as I believe humans have a hard time being random. As someone who creates patterns all the time, the urge to organize and make sense is very powerful and happens even at a subconscious level. So in order to be truly random within the scope of my palette, I placed two wound-up balls of Sea Anemone and one of the other three colours in a container and whichever ball my hand found first got used. I changed the colours within the feathers to different degrees, the only consideration being that as I worked each layer of feathers, I made sure I left enough of the contrast colours to include in the following layers and in the neckband ruffles. Once I had blocked out the feathers of each layer I stacked them ready for joining up without examining them for colour content. I knew that if I was being truly random I should at least get two feathers the same or very similar side by side and I would have to resist the urge to change them. 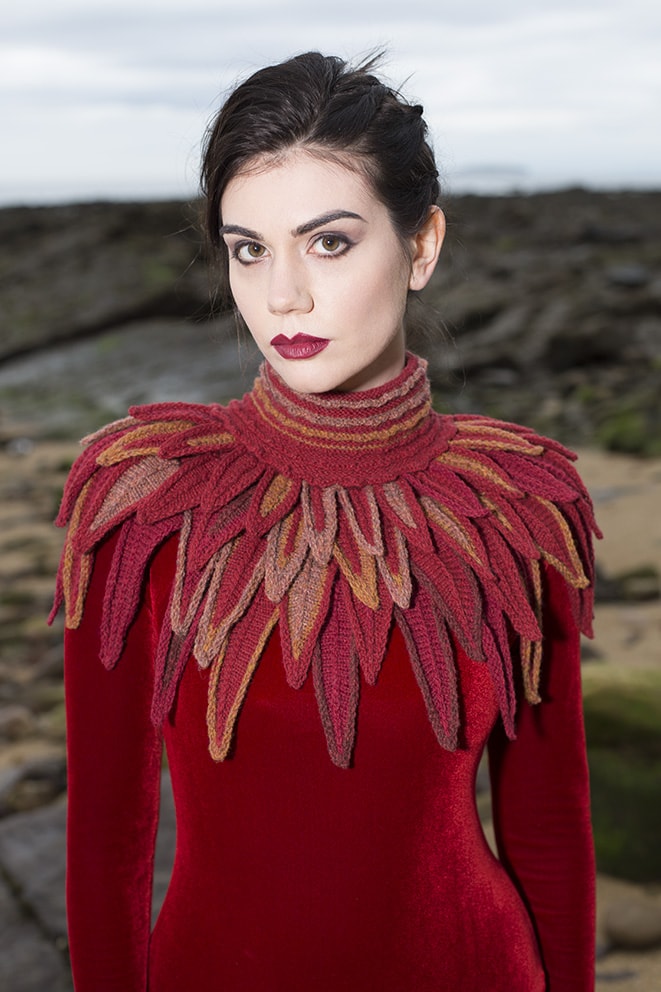 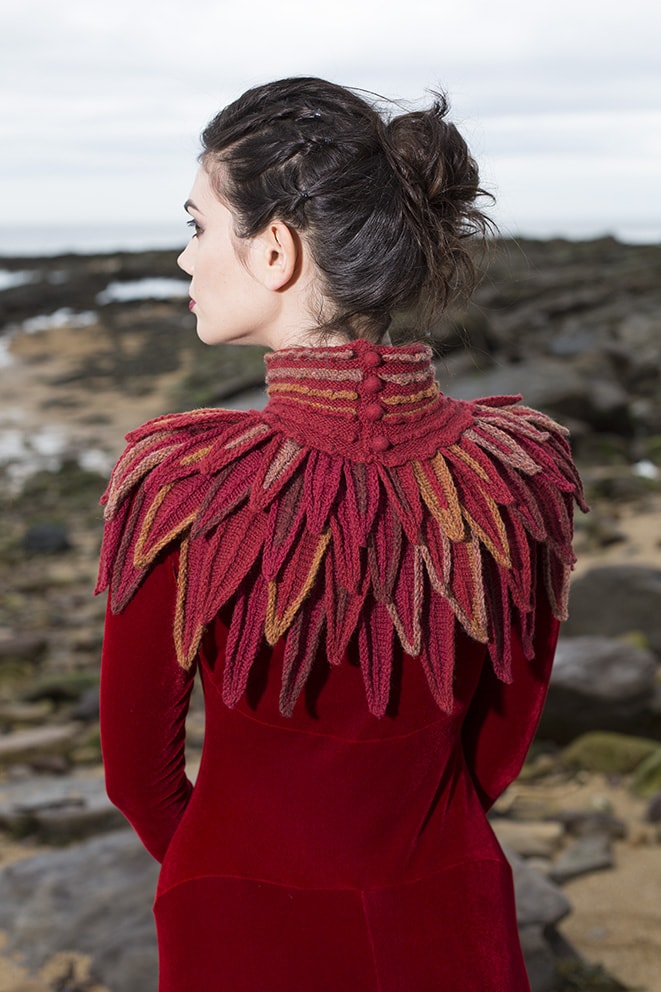