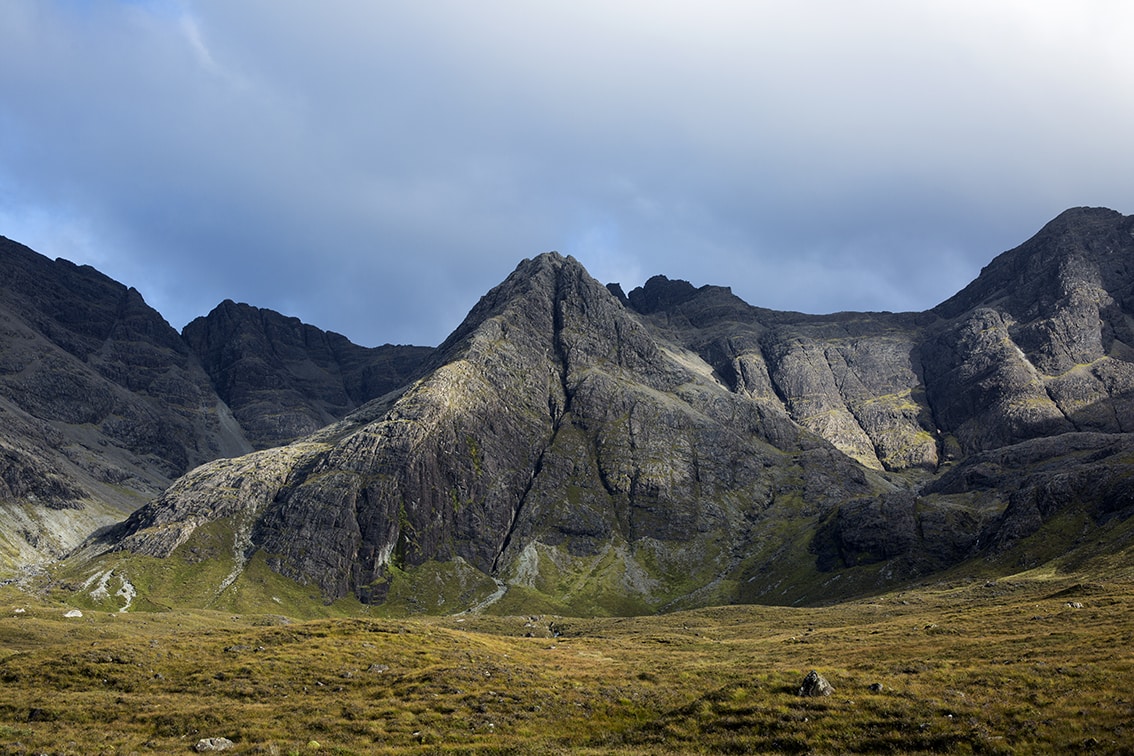 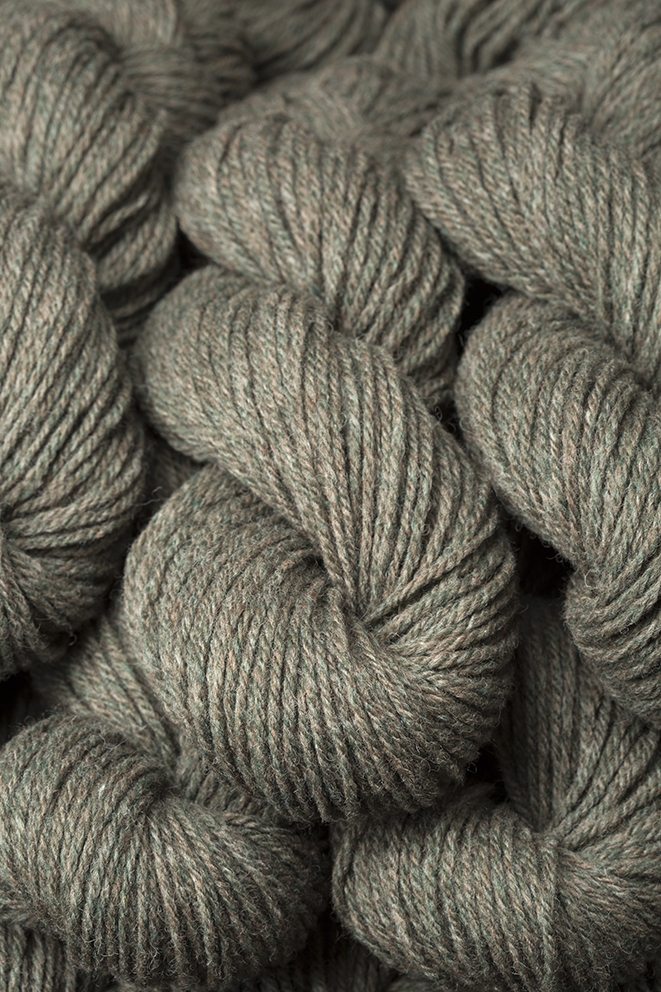 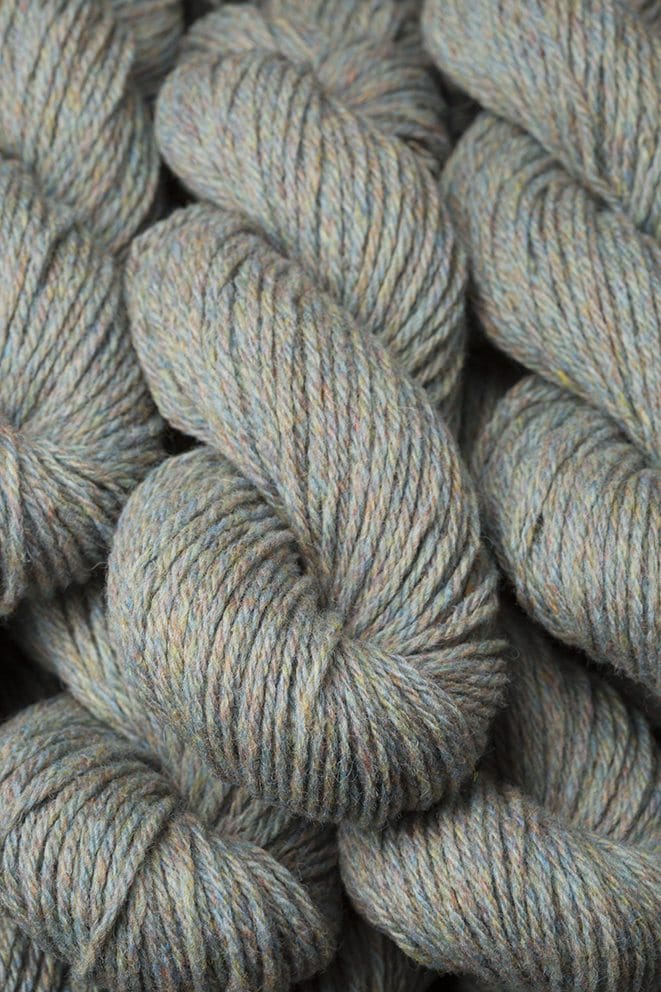 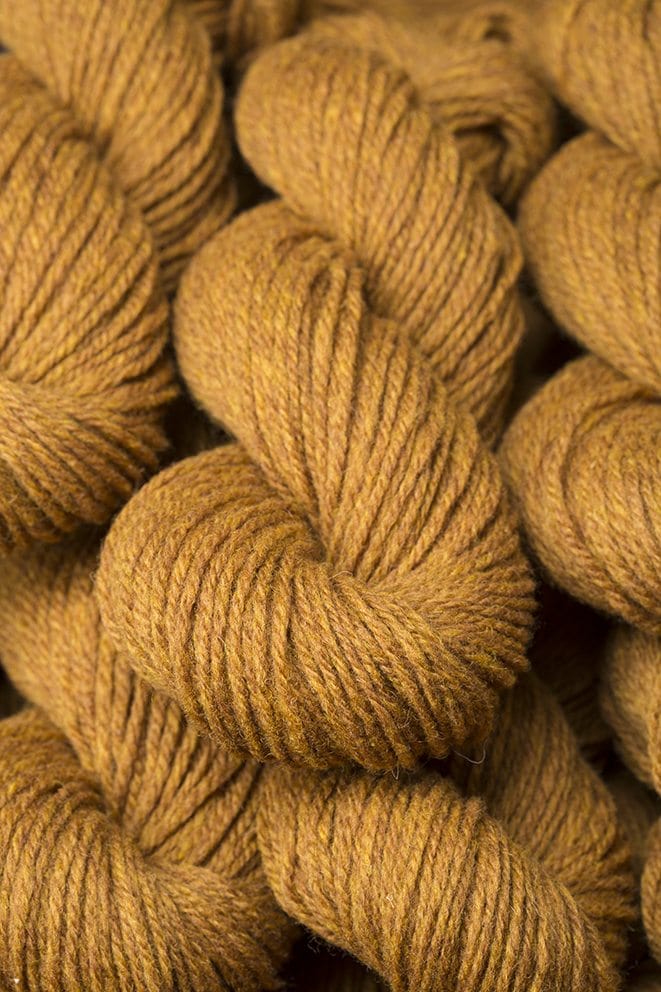 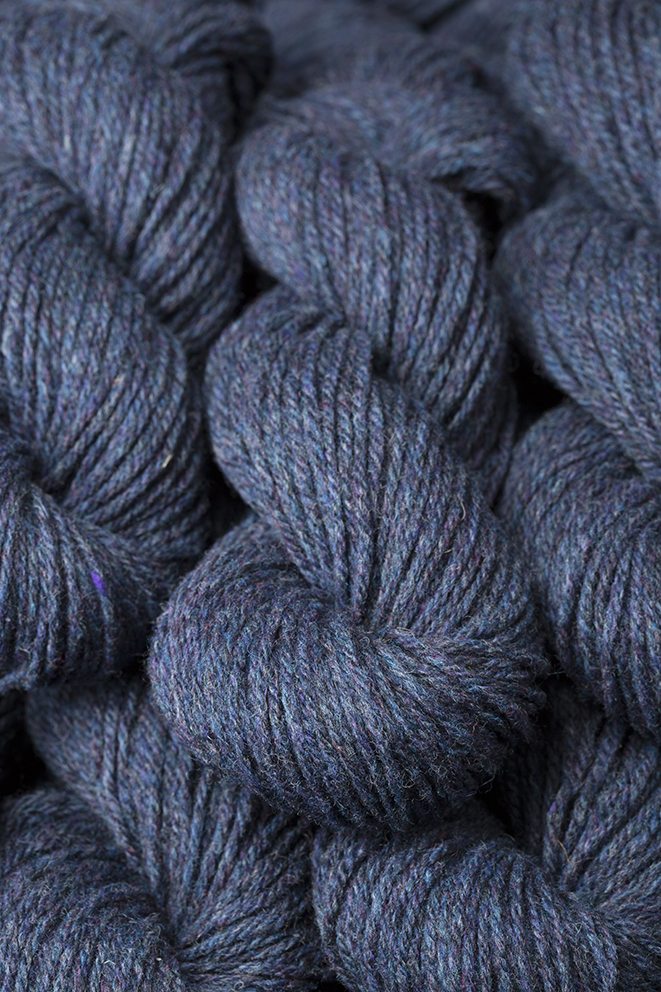 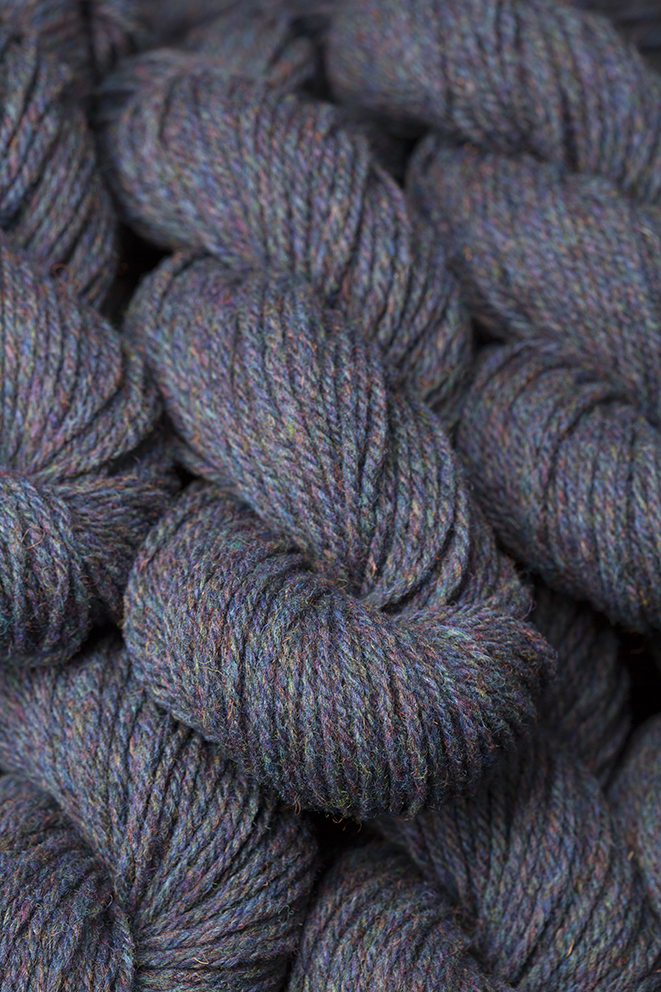 How do you start designing not just a garment, but an entire yarn range? With a sense of excitement, for there is a whole spectrum to play with and the possibilities are dizzying. In choosing and designing the shades of our Hebridean yarn range, I decided to go stravaigin, which is an old Scots word meaning to wander about in a casual manner. I went in pursuit of colour; my stravaigins were both literal and metaphorical, along paths to old haunts around the Isles of Lewis and Harris, and down quite a few Memory Lanes. On the literal paths I collected shells and stones; plants and mosses; feathers, leaves and berries; anything that took my fancy. On the metaphorical paths I collected thoughts, daydreams, and tales both tall and true ...

Almost twenty years have flown by since I wrote those words for the launch of the Virtual Yarns website. That paragraph began the Hebridean Colour Story that described how I stravaiged my native island with the goal of creating a brand-new yarn range. I feel privileged to have been born and raised on that island, where the landscape, seascape and culture have had a profound effect on my creativity.

The passage of time has not diminished that powerful effect, and neither has custom staled my island home’s “infinite variety”. The opposite is the case, for each new day brings fresh wonders: a new parade of clouds; a rare slant of light on a loch; another colourful bounty on the tide; a rare bird blown in from a faraway land; myriad moods that shift and change by the moment.

These constant changes have their own unique expressions in my mother tongue. A fine example is a’ ghrian à leum air no cnuic which literally translates from Gaelic into English as the sun leaping on the hills. But every Gaelic speaker knows that the meaning is more specific and describes cloud shadows moving swiftly across the moorland on a bright summer day, highlighting and shading different spots every second, so the broad sweep is balanced against constantly-changing details.

Such mercurial moods are what I sought to capture in each blend of my Hebridean yarns. The process of dyeing many colours in the fleece and then blending them to an exact degree requires great skill, time and labour but the result of this effort has been a yarn range that has the infinite variety of the isle that inspired it. I never tire of working with it because it is like a’ ghrian à leum air mo làmhan -- the sun leaping on my hands. Each new design idea plays out afresh; colours juxtaposed in a pattern transform each other; textures come alive with the light and shade worked into every stitch. 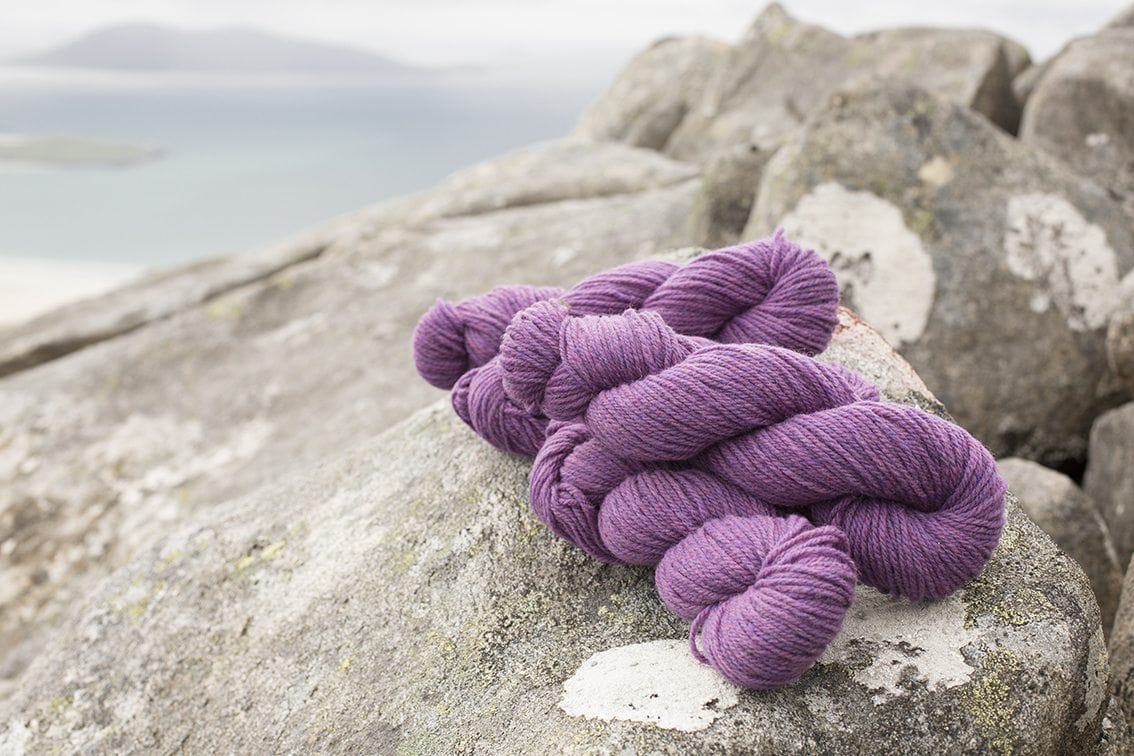 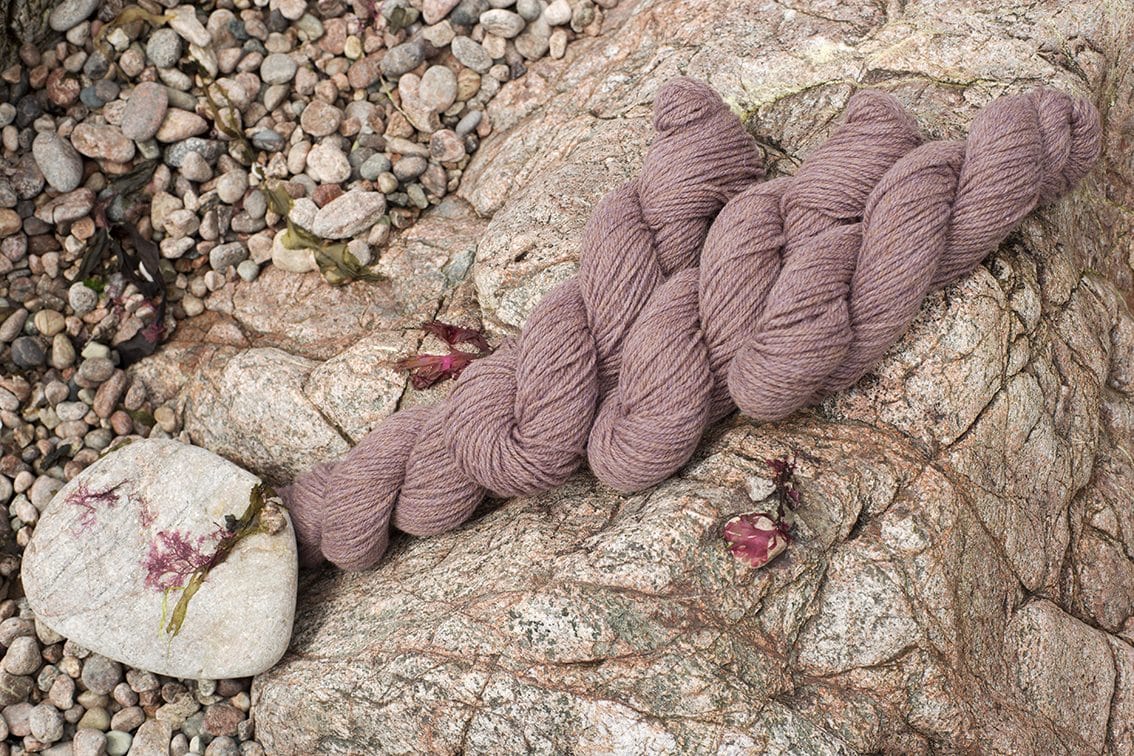 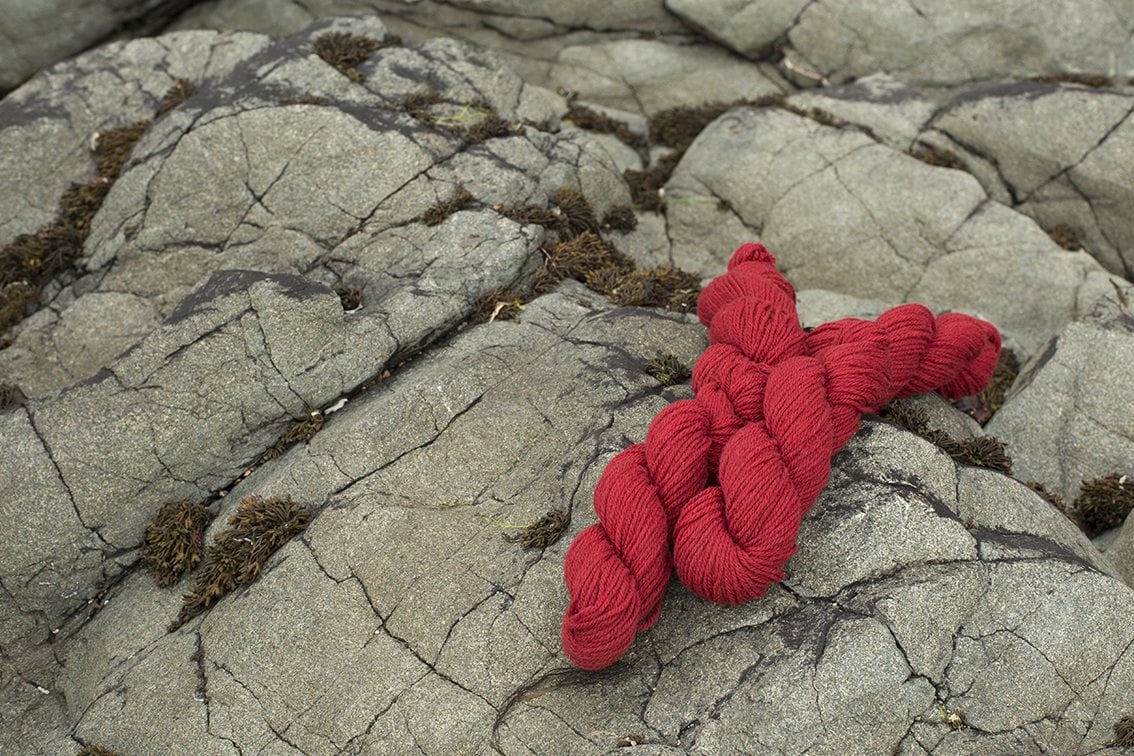 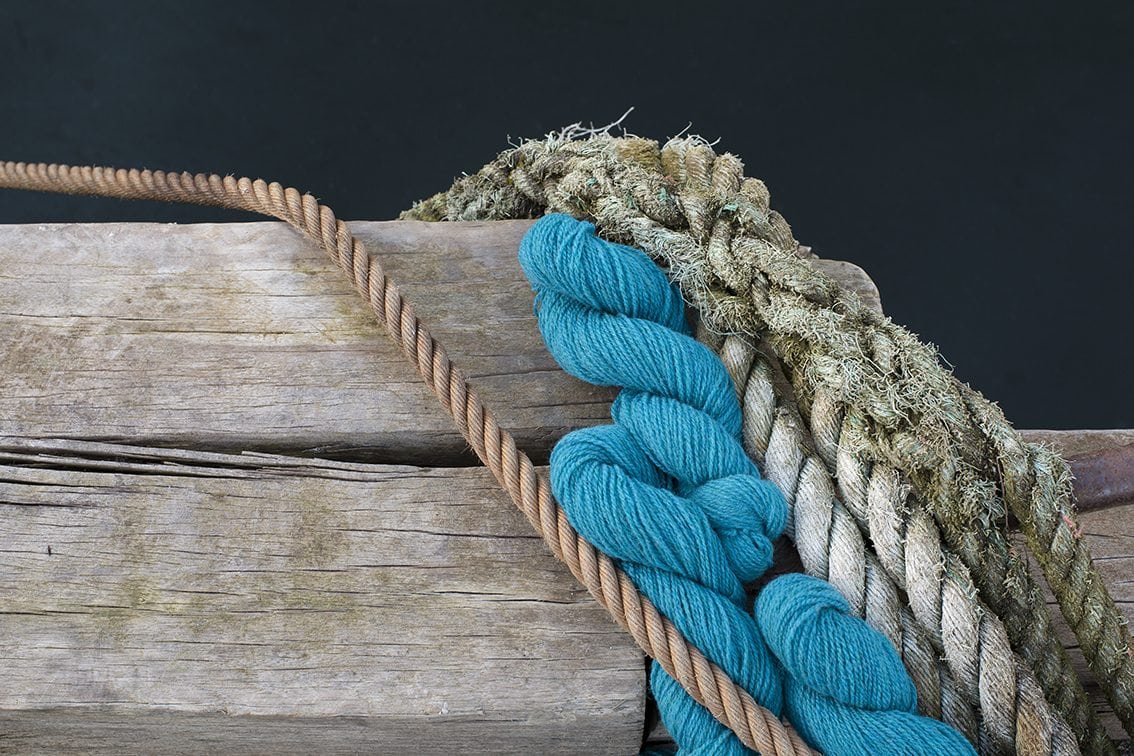 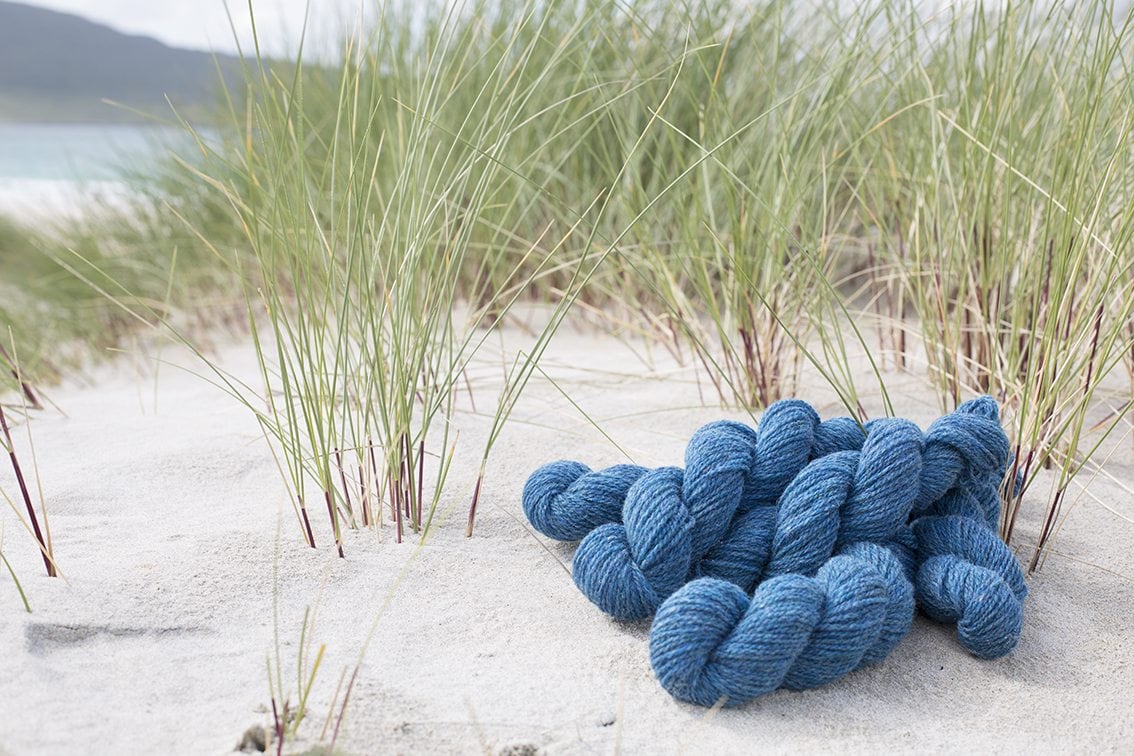 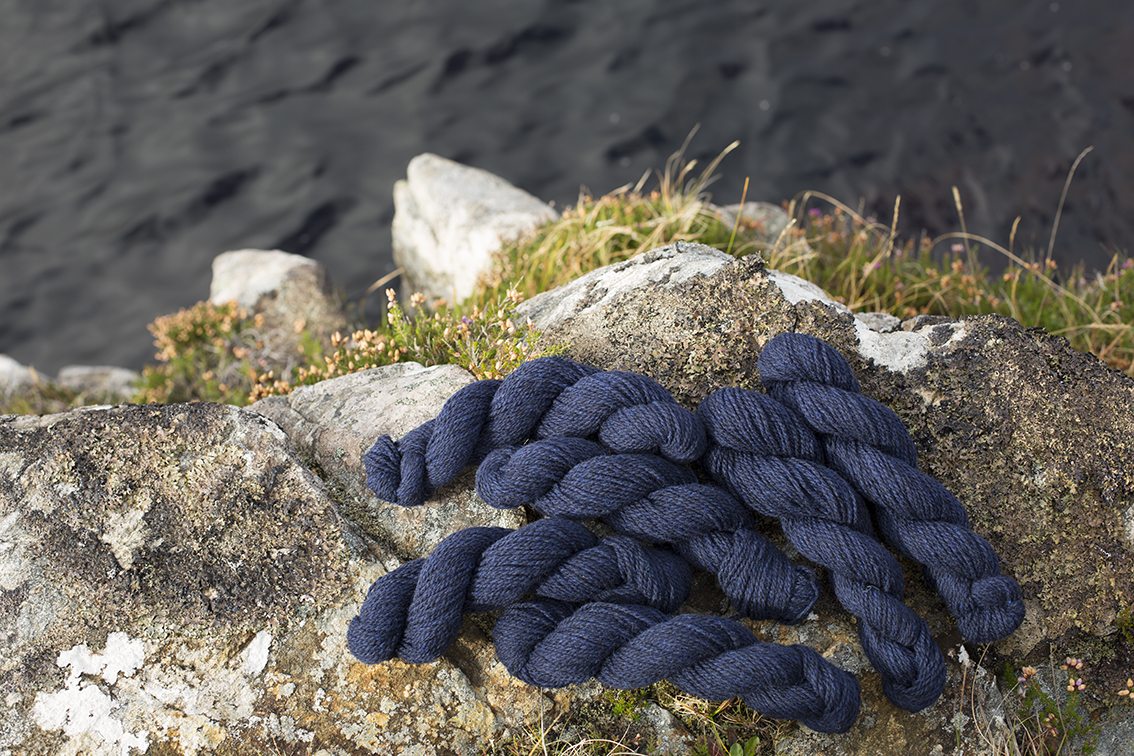 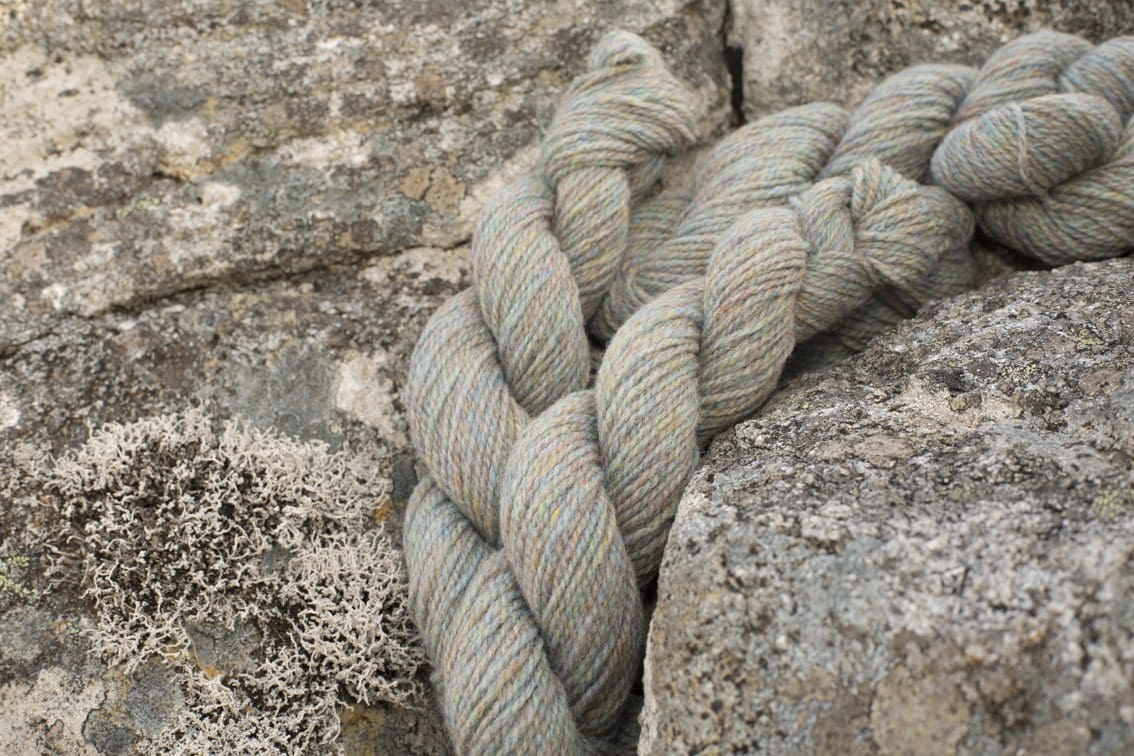 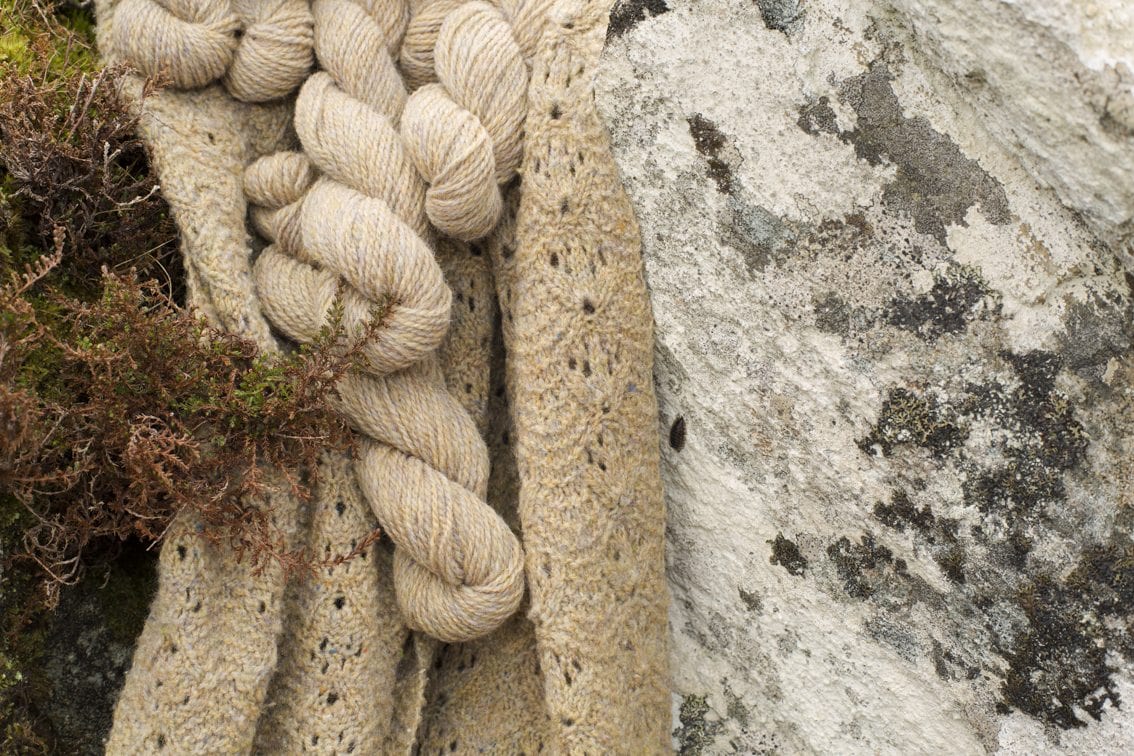 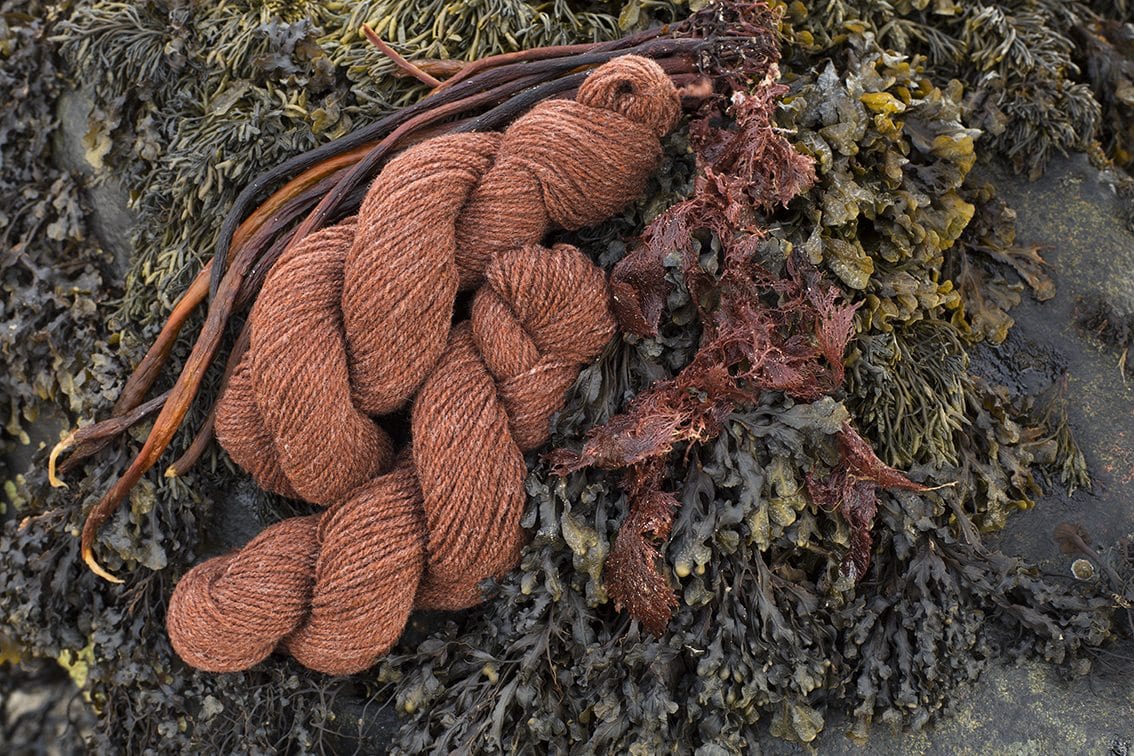 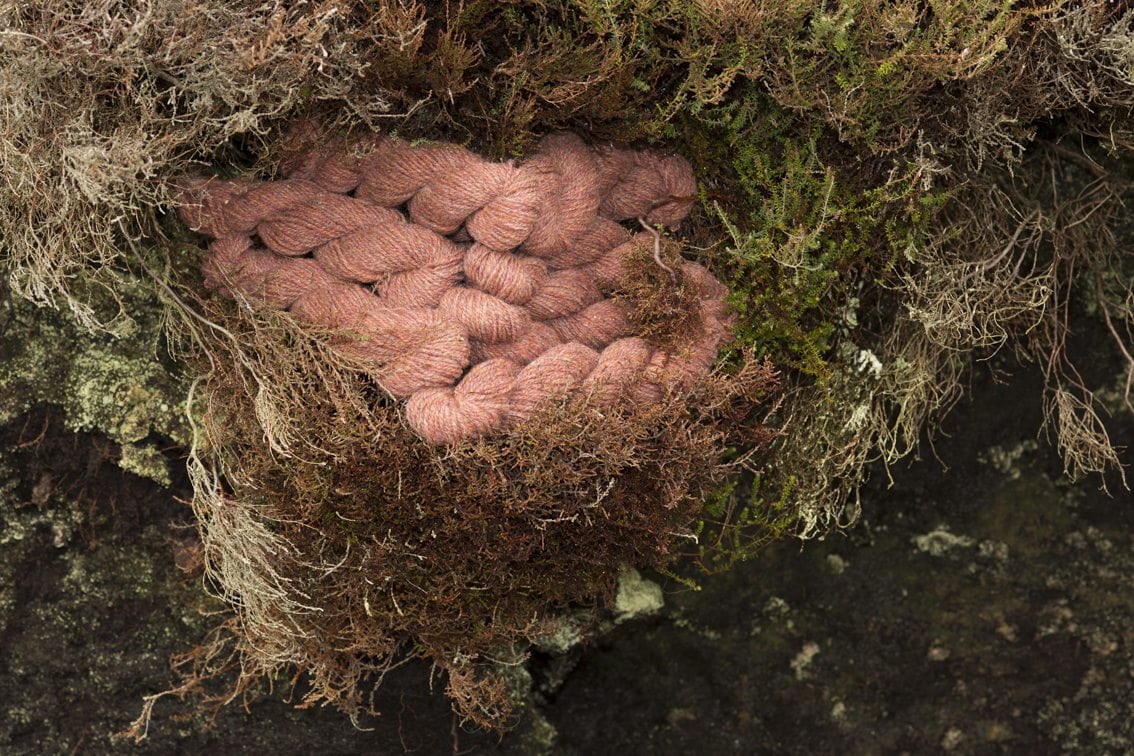 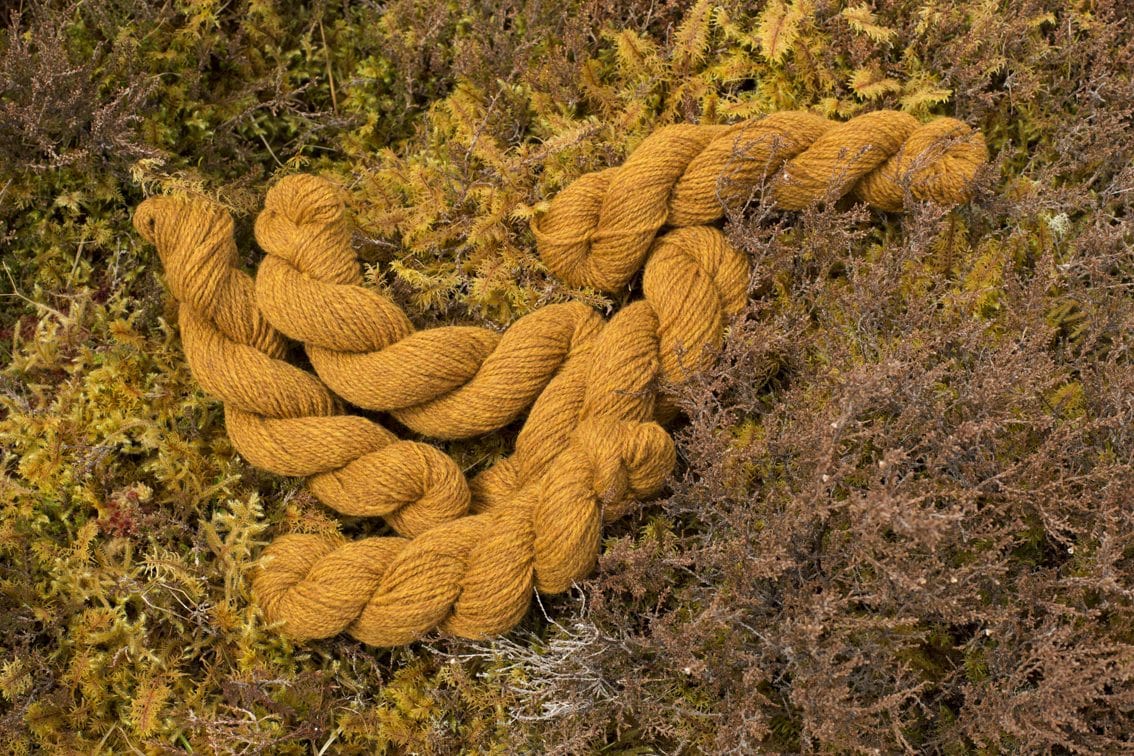